Vitali Demolizioni > Capendeguy a Béziers in France
Blast demolition of the residential area
A complex intervention, part of a larger urban recovery project, relating to the controlled demolition of an entire residential area whose buildings were located in the city centre with issues associated to the presence of historic buildings.   This is why it was decided to proceed with micro-charges blast demolition located in strategic points of the buildings.

The project required an accurate preliminary phase that lasted six months before reaching the final phase: the implosion of the building. Micro- charges totalling 450 kilograms of explosive were used to demolish a total of 492 apartments for a total of 300,000 cubic metres of reinforced concrete, which collapsed to the ground in just 11 seconds. 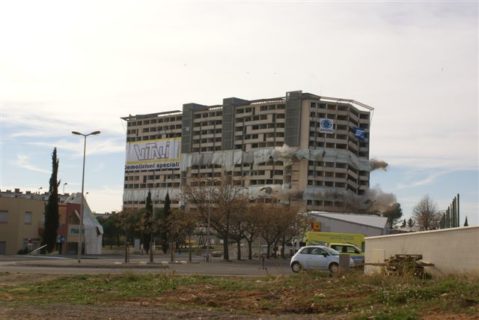 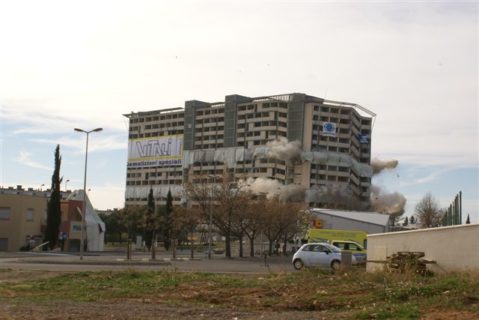 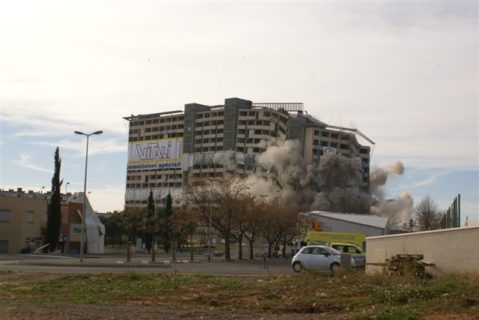 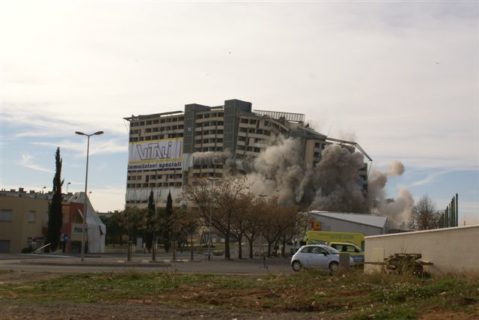 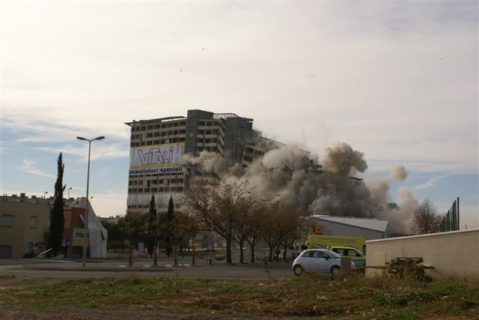 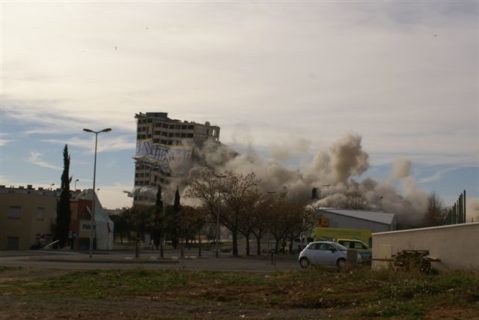 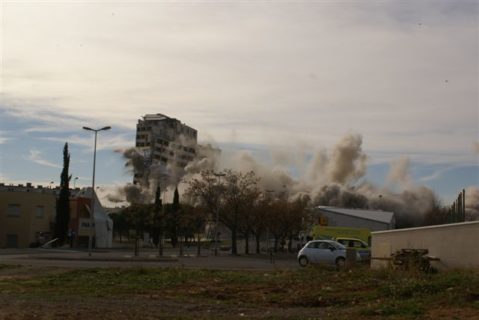 The eco-monster, "Barre de Capendeguy" was built during the 1970s and was now in a deteriorated condition.

At the end, about 65 thousand tons of debris were collected, which were crushed,separated and then delivered to a nearby quarry, where the materials were recovered by special processing plants to be then reused as roadbeds filler. 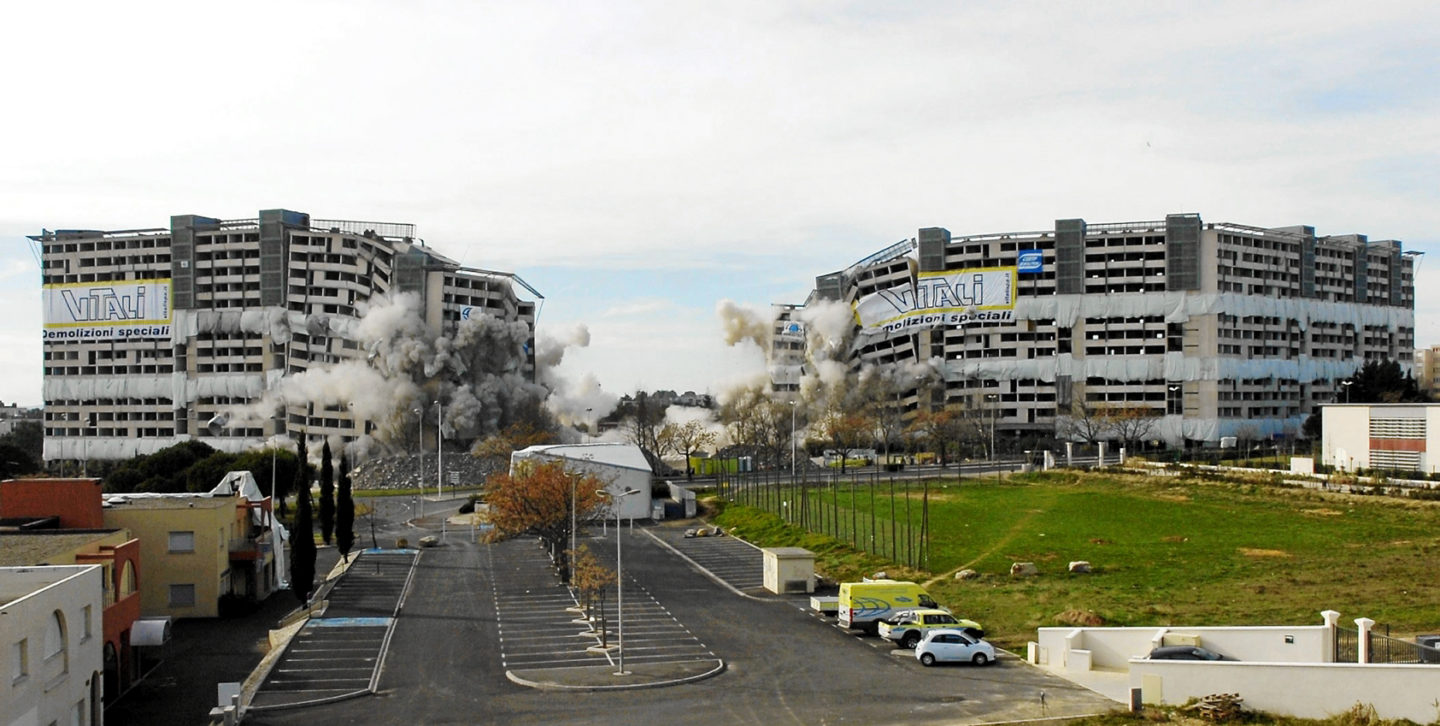